Julian is one of those authors more quoted than read, yet in her short book all her points tie together. Of her several central and unique insights, we chose four of the most important, and they are all closely interrelated.

First, that there is no wrath in God; the wrath is in us instead. In the atonement it is not God’s wrath that needs satisfaction but ours. Jesus asked Julian, ‘Are you well satisfied that I suffered for you?’ She replies emphatically that she is. Jesus in turn tells her that if it had not been enough, if he could have suffered any more, he would have.

Second, though neither the words nor the parable are hers, the message that sin is ‘behovely’ yet all can be made well as ‘explained’ by the parable of the Lord and the servant, draw from her some of her most compressed insights on our innate relationship to God in love, and how in the atonement, sin is, so to speak, defeated at its own game. In a way that turns Anselm’s similar parable on its head, what Julian is shown discredits completely the power and agency of sin. She understands that 'sin has no substance or manner of being', despite its reality. Denys Turner unpacked this marvelously in his book on Julian.

Third, Julian’s understanding of the Trinity is deeply detailed and multivalent. She communicates her revelations in a way at once Trinitarian and Christological. She understands the Trinity to be in action wherever Jesus appears, most of all in the crucifixion.

At the root of these understandings is a faith that is willing to ‘stand between’ without abandoning ‘old’ or ‘new’. Julian neither discredits the Church nor her revelations, but willingly and faithfully holds the tension of opposites. She does not try to fix or resolve what seems irreconcilable, living in trust that a greater wisdom than hers is behind all things, and with a patience that can withstand temporal contradiction. 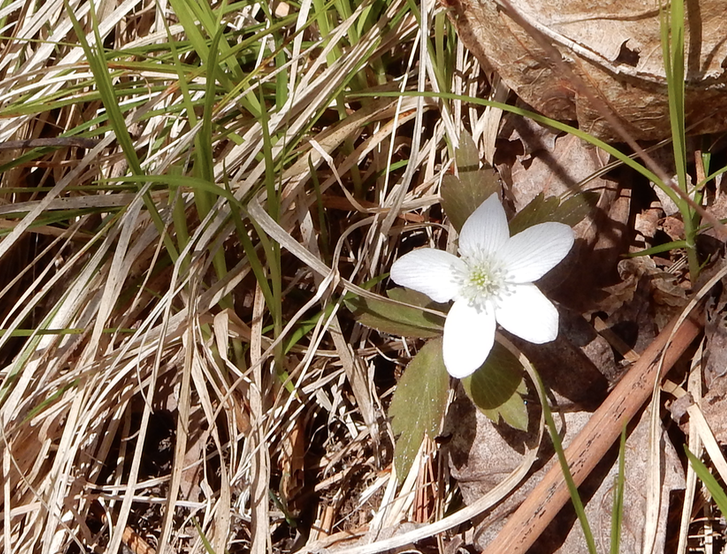