Jesus, looking at him, loved him and said, “You lack one thing, go sell what you own, then come and follow me.” When he heard this, he was shocked and went away grieving, for he had many possessions. (Mark 10)

It would be very satisfying if, as Peter intimated, the matter could end with tangible goods. But the man with many possessions was not seeking a tangible good, and Jesus’s reply to his query is not really about disposing of tangible goods. It is not about what this man owns, but about what owns him, and like most people, he calls many things master.

That which reverses this relationship is humility—to witness to the truth of his condition. Jesus indicated this when he welcomed the children the disciples tried to send away. If the disciples can name and own their masters, identify not only their real estate but their real state, the way is open for them to put into proper perspective that which they think of as their possessions.

And these possessions come in multiple forms, not all tangible. So do they have resentment? own it and go sell it. Bitterness, petty judgments? rigid stubbornness, self-justifications, self-pity? Own them and dispose of them. A penchant for always being right? for taking offense? Go sell what you own.

It sounds very simple and of course, as the rich young man realized, it is often the case that one’s possessions have too great a grip, and the project is impossible to be done by oneself. The sadness is when one resigns to being trapped in such riches, rather than seeking God to make the impossible possible.

This relinquishment and growth into freedom is, in part, the work of the monastic life, but it is also the work of all disciples. There will always be some hidden master the disciples implicitly advert to, something seemingly harmless or seemingly indispensable and justified in their minds. The kingdom they are called to, that they think they want, is a condition of complete freedom. The question before them is always this: do they really want to be that poor, that vulnerable, that loved. 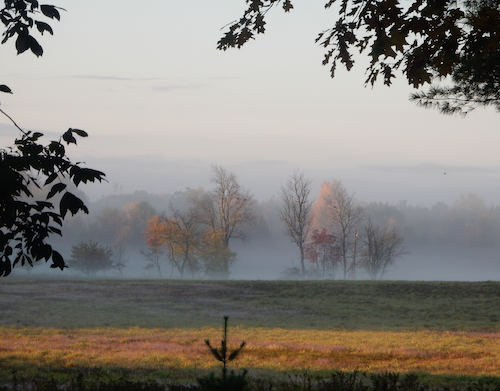