“...it was no raving that you saw today, but accept it, and believe it, and keep yourself in it, and strengthen yourself with it, and trust yourself to it, and you will not be overcome.”

Near the end of her visions, after briefly doubting that she has truly been given anything, Julian is strengthened with the encouragement that she can safely accept and trust what has been revealed to her, and in that trust, cannot be overcome. As she herself understands, she will still experience temptation, trouble, and distress, but she cannot be overcome by any of them.

This was an especially potent reassurance in a society with limited ideas of hygiene, and prone to epidemics of diseases that were largely fatal—the plague, ergotism, and others—and which Julian knew. She was witness to the fear, anxiety, and grief and anger of helplessness that such upheavals provoked, and saw the soporifics people latched on to in order to avoid dealing with the fear and helplessness. Our age has its own soporifics, but the fear, and the loss of the illusion of control, is the same as in Julian’s day.

God does not offer Julian a cure for her trouble and distress, instead he offers her, and us, a way to deal with it, to confront our helplessness and the unquiet chaos within us without undue fear. What is asked of us is trust. After the time of her visions, Julian no doubt had to test God’s assurance against continuing incidents of disease, political upheaval, civic unrest, economic uncertainty, and more. Having set in writing this reassurance and her reflections with her other visions, we can be confident she was not overcome by the fears of her times.

The same message is for us: to believe and trust in what was shown to her, which Jesus showed to all of us, and that in this trust and source of strength, in all our temptations, troubles, and distress, we will be tempested, but we will not be overcome. 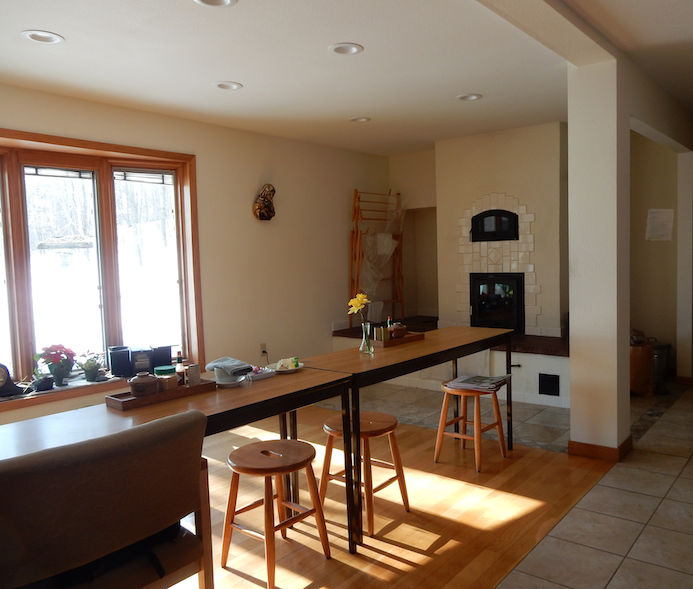